Exclusive! Aaliya Siddiqui on her relationship with Nawazuddin Siddiqui: I never got the respect that a wife deserves | Hindi Movie News

Aaliya Siddiqui decided to put an end to her 10 year long marriage with Nawazuddin Siddiqui and sent the actor a legal notice despite the lockdown. Seeking divorce and the custody of her kids, Aaliya opened up about her marital discord in a free-wheeling tête-à-tête. With Nawaz being absent from home most times, Aaliya sought help from her niece from Jabalpur. “I have been managing things alone since years. My niece stays with me while he (Nawaz) used to visit us but it was never like a proper husband, who returns home from shoot. When I have step out, my niece is with the kids and vice-versa. We have never left the kids with maid. It has been nearly 4-5 years like this.”

Daughter Shora and son Yaani often miss their dad but there is little that Aaliya can to do. “I have not told anything to the kids, though they are upset and keep asking me ‘papa kahan hai?’, ‘kahan shoot kar rahe hai?’ I keep telling them that he is shooting in New York, US but then for how many years should I do that? Despite him being at his office in Mumbai, he never comes and when I tell him to visit the kids, he is like I am busy, have people to meet. So I am forced to tell the kids that papa is busy with shoot.” 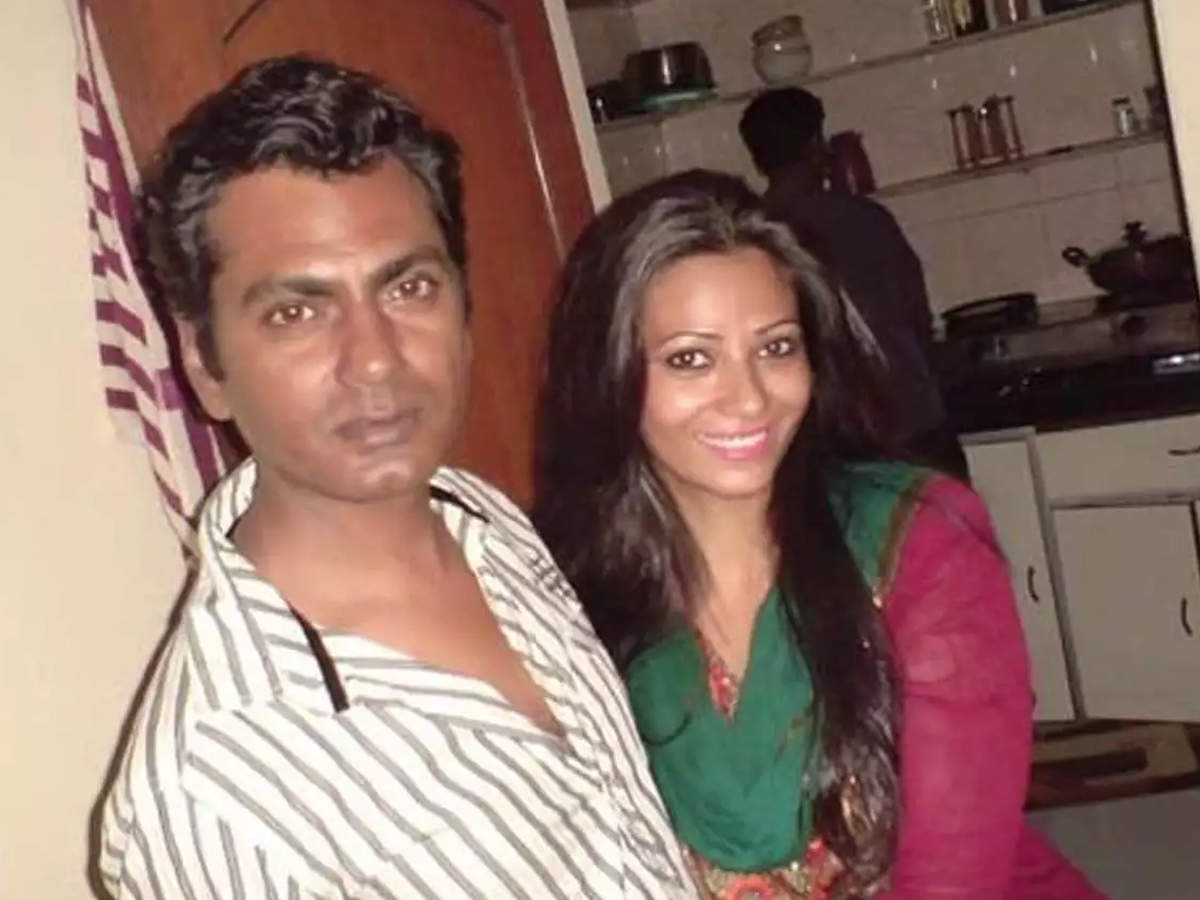 Recently Aaliya was rumoured to be a relationship with Peeyush Pandey who featured in her WhatsApp display picture from sometime back. Slamming the same she stated that her picture was altered, “When a person tries to raise their voice, what will you do to malign them? I have shown the reality of where we were and how the picture was cropped and put across.” She further added that her image has been often maligned, “Since years they (Nawaz’s family) have been hurting my image, especially Shamas (Nawazuddin Siddiqui’s brother). And Nawaz supported him in everything because he did not care about anything. Woh hota hai na unko bolne ke baad bhi nazarandaaz karna.”

Spilling the beans about the difficult times Aaliya shared, “A few celebrities have visited my house like Manoj Bajpayee. At that time also I was being humiliated by Nawaz. I was cooking for Nawaz and tried to strike a conversation and he was like ‘tumko baat karna nahi aata, tum logon ke samne baat mat kiya karo’, these were his words. Even when he was going to meet the press and if I were to reach there coincidentally, then he would avoid me. I never got the respect that a wife deserves, never in front of others, never in person. From a rickshawala to a superstar – everyone respects their wife. I have been suffering this since years, one shouldn’t be insulted so much that the person starts feeling suffocated. All the time you are being made to realize that you are nothing, don’t know how to speak, to stand, no dressing sense, till what point can a person take all that? There was a point when I had lost all my confidence. I wondered if I would be able to do anything, I would fumble during conversations.”

In his book ‘An Ordinary Life: A memoir’, Nawazuddin Siddiqui had opened up about his personal life and ex-girlfriends. After facing flak the actor withdrew his memoir. Aaliya revealed that she had already warned Nawaz about the same, “When a person tries to be smart toh who ulta pad jata hai. If you are truthful then maybe the world would accept you. You wrote about your girlfriend and affairs, I told him not to write about someone’s personal life and we have also fought over it but he believes that at times such things make you ‘mahan’. They don’t make you ‘mahan’ but your character is revealed. She is a girl working in the industry, how can you ruin someone’s image with whom you’ve been in a relationship? I have seen his world and have decided to stand for myself. Why should I save his respect when he doesn’t respect anyone. How long will a person suffer? It has been 10 years. What you see is not always the truth, to know him you have to spend time with him, which I have done.”

Aaliya’s lawyer Abhay Sahai had earlier confirmed to ETimes that they had sent the notice to Nawazuddin Siddiqui on May 7 via email and WhatsApp. They had given the actor a time of 15 days to respond and are are yet to receive a reply.